We all share the same beginning – our first cells came together as the result of a sexual union (IVF – sexual union once removed). We all began inside the body of a woman from the addition of male sperm primarily though sexual intercourse.

So how is it that the sexual act – the great dance that creates our very life – has become hidden and nasty and ‘dirty’?

Perhaps it’s because we aren’t given an opportunity to develop ourselves to appreciate our humble, fleshy beginnings. Common cultural humour is the repulsion of the very thought of our parents ‘doing it’. Why are we repulsed at the thought of our parents doing something that creates human life, improves their health and deepens their relationship to one another?

The sexual urge is indeed very powerful. It’s a frequency of great hunger that courses through us. It can learn to identify with almost anything for satisfaction, people have sex with cars and Furries and children.

There is something more powerful than the instinct to survive and the urge for sex. It’s the power of an idea. It is not that hard to implant an idea into a mind to override these powerful instincts to the point of someone killing them self and others. Shaming, punishing, ostracizing, torturing, murdering…for an idea.

So what are your ideas? Take a look at these images and scan yourself. What are you experiencing? Whose ideas are you reacting to? Your own? Your cultures? Your ancestors? What do you think about where you came from? Where does your ‘perv’ response begin?

Sex is the urge to create. Men are taking pills to make them erect when the body is not willing, women are using sexuality to have power and feel lost when it fades. Millions of children and women are being used as sexual slaves while you read this. Create something else. It begins with you.

The new creation story – which is not a story at all – you came from the body of a woman.

Where does your ‘perv’ response begin? 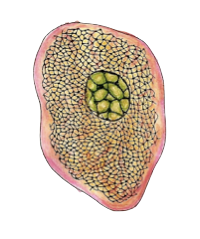