Consciousness can be described as ‘the quality or state of being aware of something’. It is perhaps best know by the feeling of ‘coming to consciousness’ when waking each morning.  Everyone has their own personal relationship to their consciousness and thanks to Freud and his cohorts we also have an understanding of what is called our unconscious – though the definition implies that we can’t be conscious of this state we regularly bring the unconscious to the conscious when a memory comes to us or getting an idea ‘out of the blue”.

Becoming aware of our unconscious has been a major step forward in human evolution. Change of unconscious patterns, though hard won after the imprinting of childhood, has become a normal part of human striving and has changed the way we look at ourselves and others.

So where does consciousness go from here. What is the next evolutionary step? At some point in the future we will look back at how we are today and try to imagine how it was to be so primitive.

Could it be that this struggle we are currently in to evolve, by understanding and overriding our hidden agendas, might lead us to a state of being that is aware of our unconscious urges and impulses at all times? So that our natural state has us poised at the cusp of consciousness like a glass bottom boat enabling us to choose moment to moment as opposed to being compelled by the mystery of our own selves?

What is possible, what becomes science, begins with your imagination. 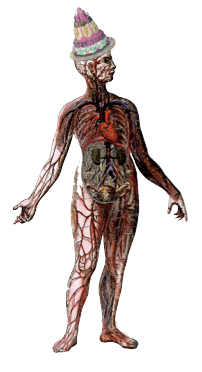