People identify with sports with a hunger that at times seems unnatural. But if you are one of those people that cares where the ball goes, holds your breath to see a number flashed before your eyes or leaps to your feet when a perfect specimen of humanity makes a super human effort, not for the sake of beauty itself but for a win, you understand the mysterious passion of ‘the game’.

Science tells us that our body responds to the mere watching of sports. The elderly are being put in front of sport and exercise programs as the viewing gives them a mini work out. Olympic athletes build neural pathways that improve performance by watching! We ‘win’ and ‘lose’ to the depth of our unconscious when hooked into sport. We transpose sibling rivalry, cultural hopes and fears, and self worth onto players and outcomes. Sure  we entrench the idea that there are sides to be on, winners and losers, celebration and shame but also witness mastery under pressure, teamwork and the seemingly impossible manifested.

But are we missing out on perhaps the greatest game of all? That ancient, pan cultural and most primal of games, peek-a-boo? The greatest of all metaphysical puzzles I am here/I am not here so beautifully interpreted in a game that brings both laughter and tears. Is this not the corner stone of the sports enthusiast as well as the enactment of  one of Shakespeare’s greatest lines to be or not to be. Is this the game that seamlessy combines sport and the arts? A game for the masses, all ages, all cultures, no language barriers, no winners and losers?

It is true and deep and profound and yet playful and chilling at the same time. It is politics and parenting and quantum physics all rolled up into one. It contains life and death and holds the penultimate riddle – where do I go when I am not here?

Babies know some heavy stuff. We don’t give them enough credit. Let’s bring peek-a-boo out where it belongs. Into the main stream. It’s the visceral game our teenagers should be playing. It’s the game that would uncloak the realities of politics. It’s the relational game that the world needs to overcome cultural misunderstandings and come together in the realization of the basic truth of our lives. Let’s come out from behind our baby blankets and bring this profound game out where it belongs – in every corner of the world. 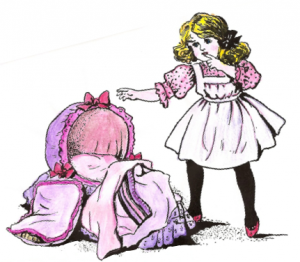 Obama and Putin. Let’s do this!

2 thoughts on “The Greatest Sport of All!”